Sometimes a gun just jumps out of the page at you, the answer to basically everything you want in life. For a lot of folks, it was this, the Sig Sauer P320 Compact with a manual thumb safety.

The part has been around since 2017, but the human brain does weird things.

Sig Sauer sells the P320 Compact wihout a manual safety, so it doesn’t need one. But then you see how many people have fitted them and what a good idea it is.

Not everybody wants a striker-fired pistol with a manual safety, but a lot of people do.

In truth, it’s a simple gun that fixes a very real problem: anxiety. 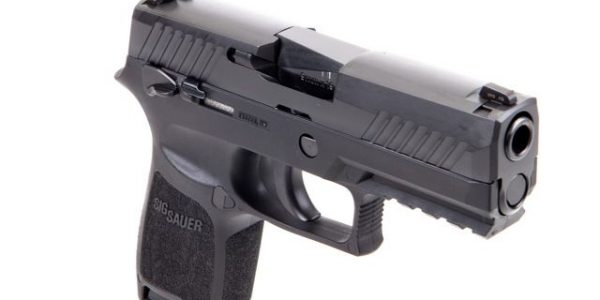 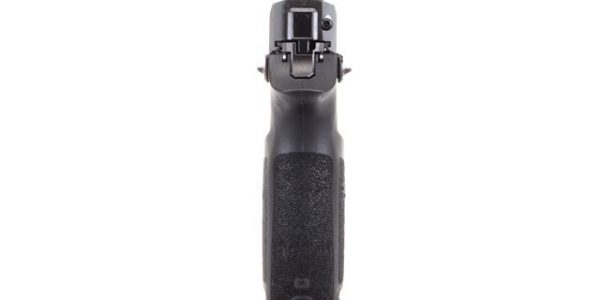 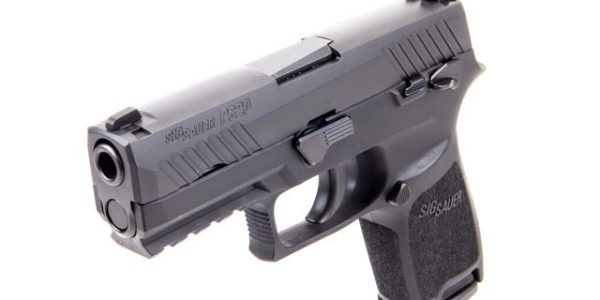 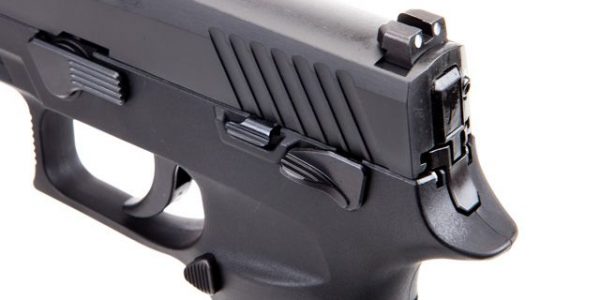 Do You Need A Safety on a Handgun?

Immediately people instinctively rail against it and say the holster is the safety and all kinds of other internet forum rants we’ve heard 1000 times before.

What if you forget about it when the moment comes and you’re left hopelessly pulling the trigger, unable to fathom just why your gun won’t go bang?

If that’s your story and you are sticking with it, cool. You do you.

Just know that for everybody who would trust their children to play with their holstered Sig P320 Compact, there are others who wouldn’t let a striker fired pistol ‘anywhere near their family jewels, let alone their kids’.

Maybe you’re right, maybe they are, but these are the facts and it’s pretty easy to make both sides happy.

A five point safety system has turned into a selling point for the German manufacturer that is really doing great things right now in the handgun world and it’s never far away from the best AR pistols and AR-15 rifles too.

A Striker Fired Handgun With a Manual Safety? Yes…

This simple option of a manual safety seems to bridge that gap and turn the Sig Sauer P320 Compact into the perfect CCW, whatever your stance on striker-fired pistol safety. That’s got to be a good thing.

You could make a case for the X-Carry and I do like it, but not significantly more than this gun in real terms. Not enough for the price difference anyway.

It has to be said the safety thing didn’t stop me naming the Sig P320 Compact as the best compact pistol for concealed carry, the best compact handgun in the world and the best all-round gun for sale in 2018. I think it is that good, but I look at that safety and I see a more complete gun that doesn’t require some deep level of trust.

The chances of an accidental discharge without that manual safety are small, damned small, but they are there. That’s why the likes of SPringfield Armory have a grip safety, which is something I’m a big fan of by the way.

What the safety really does is quell that tiny nagging doubt in your own mind. Is that added peace of mind worth the slight extra cost and the theoretical fraction of a second to knock the safety off as part of a draw and fire procedure?

Even for me, I think it might be. For handgun newcomers, 1911 old timers that like the additional peace of mind and generally insecure folks that end up checking their handgun hasn’t worked its way loose from its Kydex holster every two minutes, this could be a game changer.

The Sig P320 Compact and now the Sig P365 Nitron are, in my humble opinion, the best EDC and CCW handguns out there by a country mile right now. The Glock 19 simply does not match up and the P320 Compact sits on top of a pile of seductive alternatives.

The P365, meanwhile, is our current CCW Champion of the World.

They are both great guns and, in some people’s eyes, the P320 Compact just got a little better. I can’t wait to see this little touch on the Sig Sauer P365 Nitron now, and I seriously think it will make a lot of people more comfortable about carrying such a diminutive gun.

Buy Yours From Our Partner Now!
Prev Article Next Article